When many of you learn about AngularJS and that it's being baked at Google, the first question that everyone has is: "Which products is Google developing with AngularJS?".  Our answer to this question has been, "It's killing us, but we can't tell you just yet.".

That changed last week when the revamp of the DoubleClick platform was announced last week!  That's right. The DoubleClick team chose AngularJS as their client-side technology for the massive rewrite of their entire stack.  The DoubleClick Digital Marketing Manager and other pieces of the platform are happily data-bound and dependency-injected with AngularJS. 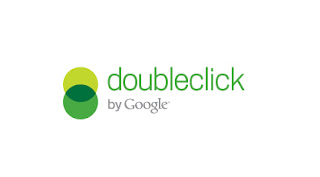 The DoubleClick apps are by far the biggest AngularJS apps that we've seen in production and the input and feedback that the DoubleClick team has provided us over the past 1.5 years long journey has made Angular significantly better. Thank you guys!

PS: We plan to invite one of the DoubleClick engineers to join us for to one of our meetups to talk about  why they picked Angular and to describe their experience and lessons learned. Stay tuned...
Posted by Igor Minar at 8:10 AM

Email ThisBlogThis!Share to TwitterShare to FacebookShare to Pinterest
Labels: angular-superpowered